Prof. Dr.-Ing. Juergen Rossmann studied electrical engineering in Dortmund und Bochum and he worked for the Institute of Robotics Research in Dortmund afterwards. In 1993 he received his
doctoral degree and in 1998 he joined the computer science department of the University of Southern California (USC) as a visiting professor. In 2006 he founded the company VEROSIM GmbH and in the same year he was appointed full professor and director of the Institute for Man Machine Interaction at RWTH Aachen University. He also serves on the board of directors of the Dortmund Institute for Research and Technology Transfer and as an advisor to the German Space Agency as well as to the state’s government. His research interests include: projective virtual reality, multi-agent supervision and control, action planning, multi-sensor-integration, digital factory applications, virtual human, system simulation techniques, real-time visualization, optimization techniques, computer vision, man-machine interaction, medical applications.

Abstract: Robotic applications are complex, require hardware prototypes and thus are usually a costly endeavour. The research field of eRobotics has been established recently in order to help to cope with the inherent complexity, facilitate the development and significantly cut down the cost of advanced robotics and mechatronics development. The objective is to effectively use electronic media – hence the “e” at the beginning of the term – to achieve the best possible advancement in the development of the robots respective fields of use. The eRobotics approach has first been applied to space robotic applications, e.g. for planetary landing missions and to robotic components on board the International Space Station. Building on the experiences in space – and the proof that eRobotics can significantly reduce development costs and improve the insight into complex systems – new application fields in the production industry, on construction sites and even in the field of environmental modelling have been conquered. The presentation will elaborate on the major ideas behind eRobotics as well as on new applications, trends and chances.

Prof. Al-Ahmad is the Electronic Engineering programme chair at Khalifa University of Science, Technology and Research, UAE. His research interests are in the areas of signal and image processing, remote sensing, multimedia and engineering education. He received his PhD from the University of Leeds, UK in 1984. He worked at Portsmouth University, UK, Leeds Metropolitan University, UK, Kuwaiti Faculty of Technological Studies and the University of Bradford, UK. He has supervised successfully 26 PhD and Master students in the UK and UAE. He has delivered short courses and seminars in Europe, Middle East and Korea. He has published over 90 papers in international conferences and journals and has a UK patent. He served as chairman and member of the technical program committees of many international conferences such as BCS IITC 2013, ICTIST 2011, DeSE 2011, CTIT 2011, IEEE GCC 2011, IEEE ISSPIT 2009, CTIT 2009, AICCS 2009, IEEE ICECS 2003-2008, WOSPA 2008, IEEE ICPSPC 2007, AICCS 2007, ISSPA 2007, MESM 2004, SIP 1997-2001, ISDPS 1996-1997 and GSDSP 1990. He is a senior member of the IEEE and a Fellow of the Institution of Engineering and Technology (FIET), Chartered Engineer (C.Eng), Member of BCS The Chartered Institute for IT (MBCS), Chartered IT Professional (CITP), Fellow of the British Royal Photographic Society (FRPS), Accredited Senior Imaging Scientist (ASIS). He was the secretary and founder member of the IEEE Kuwaiti section. He is the Vice Chairman of the IEEE UAE section and founder member of the IEEE UAE Computer, Signal Processing and Communication Chapters. He is also the Vice Chairman of the Middle East section of BCS.

Abstract: Digital signals are sequences of binary numbers and they can be processed by computers to generate new sequences of binary numbers. These signals can be classified into audio, still images and moving images. This talk deals with examples of using signal processing algorithms and transformations to make creative applications of digital signals. The examples include the use of digital filters, Fourier and Cepstrum transformations to generate artistic applications of the original files. The audio examples will include the alteration of the pitch of songs. Digital filters will be used to convert digital photographs into paintings. The use of digital filters and Fourier transform to colour grey level images will be demonstrated. Cepstrum will be used to convert images into abstract art. Digital filters will be used to convert video files into animations. Finally, signal processing algorithms will be used to hide files inside digital signals.

Prof. De-Shuang Huang is Chaired Professor in Department of Computer Science and Director of Machine Learning and Systems Biology Laboratory at Tongji University, China. He received his M.S. and Ph.D. in electronic engineering from National Defense University of Science and Technology and Xidian   University, China, in 1989 and 1993, respectively. He was the Recipient of “Hundred Talents Program of Chinese Academy of Sciences” (2000). He was also visiting professors at the George Washington University, Washington DC, USA (2003), Queen’s University of Belfast, UK (2006) and Inha University, Korea (2007, 2008 & 2009). His main research interest includes neural networks, pattern recognition and bioinformatics. De-Shuang Huang is currently a Senior Member of the IEEE and the International Neural Network Society, Bioinformatics Technical Committee Member of IEEE CIS, the member of the International Neural Network Society (INNS), and associated editors of several main-stream international journals such as Neural Networks, etc. He is a member of Board of Governors of INNS. He founded the International Conference on Intelligent Computing (ICIC) in 2005. ICIC has since been successfully held annually with him serving as General or Steering Committee Chair in different cities of China and Korea. He has published over 300 papers in international journals, international conferences proceedings, and book chapters. Also, he published three monographs (in Chinese), one of which, entitled with “Systematic Theory of Neural Networks for Pattern Recognition”, won the Second-Class Prize of the 8th Excellent High Technology Books of China in 1997. 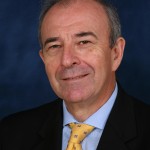 Erol Gelenbe was born in Istanbul, and graduated from Ankara College and the Middle East Technical University in Turkey. His work has included computer and network performance engineering and his teams developed commercial software tools such as QNAP and FLEXSIM. In addition to the RNN, he invented G-Networks which are queueing networks that incorporate primitives for traffic re-routing and congestion avoidance. He has also invented novel networking equipment such as the first fibre-optics random access network XANTHOS, the packet based network switch SYCOMORE and the Cognitive Packet Network. He is a Fellow of IEEE and ACM, a Member of the French National Academy of Engineering, and of the Science Academies of Hungary, Poland and Turkey. He has held Chaired Professorships at the Universities of Liege (Belgium), Paris Orsay, Paris Rene-Descartes, Duke University, and the University of Central Florida, before joining Imperial as the Professor in the Dennis Gabor Chair. His work has earned him technical awards from ACM (USA), the Institution for Engineering and Technology (UK), the French Academy of Sciences and the Parlar Foundation in Turkey.

Abstract: Neural networks in mammalian brains have random spiking action potentials whose specific properties have not been fully exploited to understand the strengths and limitations of natural and artificial neural ensembles. One of the challenges to our understanding is that spiking models are more complex to analyse than analogue or deterministic approximations such as the McCulloch-Pitts model, especially when the network is very large. This talk will focus on the “random neural network” (RNN) showing how spiking and random behaviour for arbitrarily large, non-homogeneous networks can be studied through Neural Master Equations. We will show how these equations can be solved exactly in equilibrium, leading to a powerful analytical form which can be easily interpreted. The function approximation properties of the networks and their ability to learn using both Hebbian, reinforcement and gradient learning paradigms will be detailed. Examples of how these results can be applied both to biological analysis and engineering systems will be discussed.

Machine Ethics – Why we do what we do? 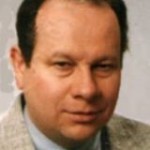 Jan Sliwa has received his MSc degree in Automation and Information Technology in 1977 from the Silesian Institute of Technology in Gliwice, Poland. In 1981 he moved to Switzerland where he developed software in languages ranging from Assembler to Java. He worked many years in the area of industrial control and then switched to Web-Database applications. In recent years his activity field was related to medicine (drug approval, medical registries). At several conferences he presented papers about the technical and ethical aspects of medical research and new trends in the medicine, like the Wireless Sensor Networks. He is currently affiliated to the Department of Engineering end Information Technology of the University of Applied Sciences of Berne (BFH-TI) in Biel, Switzerland. His non-IT speciality is languages and cultures: Germanic, Romanic, Slavic and East Asian.

Abstract: Since the beginnings of our civilization we produce objects that influence the life of the humans. As Melvin Kranzberg said: “Technology is neither good nor bad; nor is it neutral”. Whatever we do, it has consequences. Already the wheel reduces the effort to transport objects, but also permits to construct war chariots. Ethical choices are not only related to weapons – from spears to hydrogen bombs. Even if we honestly try to serve others, our choices have moral consequences.It starts with quality – badly constructed bridge or ship can kill people. But the highest quality is not an absolute goal – society can afford it only at a limited cost.

At present however, we develop machines more complex than bridges, ships, spears and bombs. The use of our systems is only partly determined by a (rational or emotional) human decision. They more and more take decisions on their own. Evidently, such machines are programmed by humans, but the programmers cannot predict all the possible circumstances and trade-off’s. The machine decisions implement human principles, but what are the principles we follow, are they universal or dependent of culture, social group, age or gender? We can consider a following example: an Ambient Assisted Living system cares that the elderly patient takes regularly his pills. What to do if he doesn’t? Take it as his personal liberty (maybe the pills have an unknown adverse effect or the dosage is wrong)? Inform the doctor or family? Force him to swallow them?

Similarly – with our surveillance systems we can know “everything” about the activities of the people. What should we do with this information? It is easy to correct the behaviour, but who should decide what is right and wrong, and how important is it? If we detect somebody smoking in a plane, we can take him on black list and never sell a ticket. Should we do it?

Even worse – such choices can be forgotten by the designers. They can be left to the quick judgements of the programmers who never are keen on treating complex special cases. They can finally be ignored by all people involved and result in surprising ways afterwards. As the machines decide more and more about vital aspects of our lives, the consequences can be disastrous The situation becomes even more precarious if the systems are learning, adapting and evolving – and because of their algorithmic complexity, some problems can only be handled by adaptive systems.

What can we do? Our dependence on automatic systems becomes all-encompassing, there is no way back. The best we can do is to educate the developers to be aware of such problems, so that they take their decisions deliberately. As they are young, bright and technology-friendly, they have to be taught to respect the needs, limitations and fears of the users of their systems, also when they are old, less brilliant or adhering to different cultures. In any case, if we construct systems exerting a deep influence on us, even acting directly on our bodies, their effects should not be left to chance – as far as it is possible.