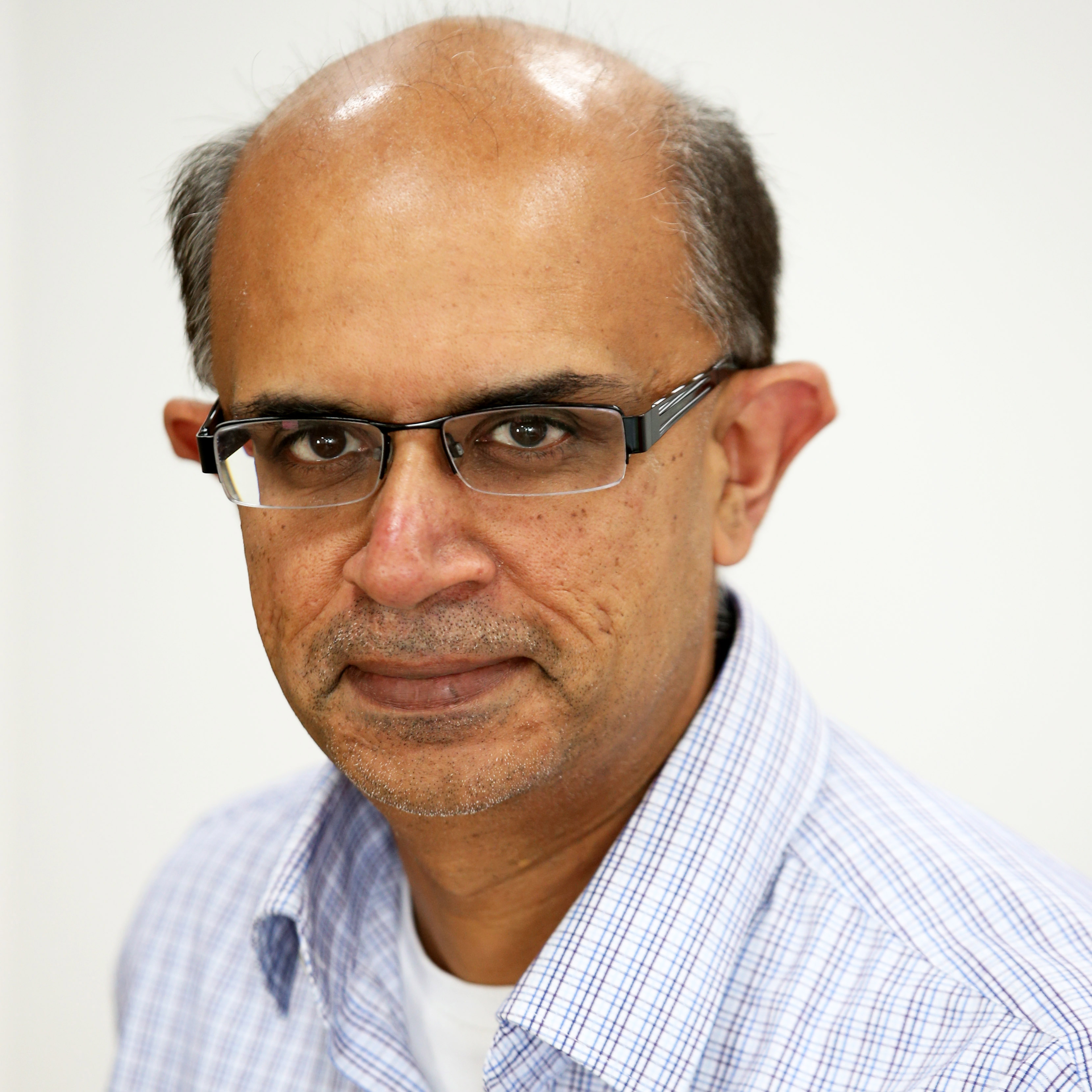 Omar Rana is a Professor of Performance Engineering and the Dean of International for the Physical Sciences and Engineering College at Cardiff University. He has research interests in high performance distributed computing (particularly cloud and edge computing) and intelligent systems. He is a visitor professor at the Department of Computer Science and Engineering at Shanghai Jiao Tong University (China) and was previously a visiting professor at Princess Noura University in Riyadh (Saudi Arabia). He is a fellow of Cardiff University’s multi-disciplinary “Data Innovation“ Research Institute and previously the deputy director of the Welsh eScience Centre.

Rana has contributed to specification and standardisation activities via the Open Grid Forum and worked as a software developer with London-based Marshall Bio-Technology Limited prior to joining Cardiff University, where he developed specialist software to support biotech instrumentation. He also contributed to public understanding of science, via the Wellcome Trust funded “Science Line“, in collaboration with BBC and Channel 4. Rana holds a PhD in “Neural Computing and Parallel Architectures“ from Imperial College (London University, UK), an MSc in Microelectronics (University of Southampton, UK) and a BEng in Information Systems Eng. from Imperial College (London University, UK).

Internet of Things (IoT) applications today involve data capture from sensors and devices that are close to the phenomenon being measured, with such data subsequently being transmitted to Cloud data centre for storage, analysis and visualisation. Currently devices used for data capture often differ from those that are used to subsequently carry out analysis on such data. Increasing availability of storage and processing devices closer to the data capture device, perhaps over a one-hop network connection or even directly connected to the IoT device itself, requires more efficient allocation of processing across such edge devices and data centres. Supporting machine learning directly on edge devices also enables support for distributed (federated) learning, enabling user devices to be used directly in the inference or learning process. Scalability in this context needs to consider both cloud resources, data distribution and initial processing on edge resources closer to the user. This talk considers whether a data comms. network can be enhanced using edge resources, and whether a combined use of edge, in-network (in-transit) and cloud data centre resources provide an efficient infrastructure for machine learning and AI. The following questions are addressed in this talk: 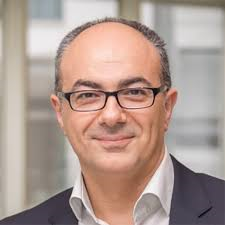 Head of the  Research Division of Distributed Systems at the TU Wien, Austria

From 1999 – 2007 he worked as the co-founder and chief scientist of
Caramba Labs Software AG in Vienna (acquired by Engineering NetWorld AG), a venture capital co-funded software company focused on software for collaborative processes in teams. Caramba Labs was nominated for several (international and national) awards: World Technology Award in the category of Software (2001); Top-Startup companies in Austria (CapGemini Ernst & Young) (2002); MERCUR Innovation award of the Austrian Chamber of Commerce (2002). 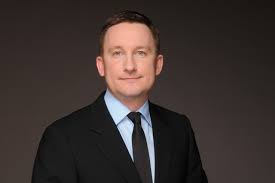 Mr Kosutic is internationally acclaimed Plastic and Reconstructive Surgeon, with subspecialty interest in complex microvascular reconstruction following cancer resections or trauma-particularly Breast reconstruction, Lymphoedema microsurgery as well as Sarcoma/Limb and Face Reconstruction. Mr Kosutic is one of the UK-leading lymphoedema and breast reconstructive surgeons, based at The Christie Hospital in Manchester, one of the largest European Cancer centres. Mr Kosutic has further developed and promoted various Lymphoedema surgical techniques in UK, in particular simultaneous microsurgical breast and microsurgical/super-microsurgical lymphoedema reconstructions for breast cancer patients-an area of his specific expertise. He has completed microsurgical fellowships at Imperial College NHS Trust – Charing Cross Hospital London and Sant Pau Hospital, Barcelona (Microvascular Breast Reconstruction and Perforator flaps), upon completion of comprehensive plastic surgery training in Ljubljana, Slovenia, under the mentorship of famous Marko Godina’s colleagues. He has PhD and Masters Degree in Biomedical Sciences and has published over 50 scientific papers in top international peer-reviewed plastic surgery journals, which have been cited over 280x in scientific literature. He has successfully implemented a number of innovative techniques in plastic surgical practice internationally, that improved the quality of reconstruction.

He is frequently an invited speaker at top international conferences where he chairs panels on different topics (EUROMICRO, EURAPS etc), courses and reputable institutions, lecturing on complex cancer reconstructive surgery, microsurgical breast and lymphoedema reconstruction and sarcoma reconstructions worldwide. Mr Kosutic is active member of European Association of Plastic Surgeons (EURAPS) where he is also sits at Hans Anderl Award Committee, active member of World Society for Reconstructive Microsurgery (WSRM), Fellow of European Board of Plastic and Reconstructive Surgery and Royal College of Surgeons of England. In 2011, he was awarded EURAPS Young Plastic Surgeon Scholarship and HCA Travelling Scholarship. He was also Assistant Professor at the University of Maribor, School of Medicine, Slovenia, EU.

In addition to teaching, Mr. Kosutic has been a faculty mentor for number of medical students, trainees and senior clinical/microsurgical fellows, including recently established Womens Microsurgery Group at ASRM (American Society for Reconstructive Microsurgery). He is on editorial board and reviewer for several plastic surgery journals including JPRAS for many years. Mr Kosutic is keen to promote Reconstructive Surgery in Dubai and UAE and create links with its hospital systems.

Plastic and Reconstructive Surgery has seen some significant changes over the past 20 years, as a result of developments in modern technology. Better understanding of vascular and particularly micro-vascular anatomy coupled with technological advances in operating microscopes, microsurgical instrumentation and pre-operative planning via advanced imaging, allows functional and aesthetic restoration of any radical cancer or trauma related defect from head to toe. As reconstruction has practically lost its technical boundaries, resectional surgery (to remove the cancer) can be executed without compromising on surgical margins, thus reducing rates of local recurrences and metastatic spread. Furthermore, modern technology allows so called super-microsurgical procedures for lymphoedema after breast cancer, thus greatly improving quality of life after cancer has been treated utilizing ICG technology that visualizes lymphatic channels in real time, which was unimaginable not so long ago.  Advances in preoperative planning utilizing CT and MRI scans can help predict degree of resectability and tailor further treatments including radiotherapy accordingly. From the reconstructive point of view, these techniques provide a road-map to select best blood supply for the transplanted flap thereby reducing complication and increasing success rates. Focus of reconstructive surgery has therefore shifted from pure cancer clearance and flap survival, to a high degree of functional and aesthetic restoration of human body. 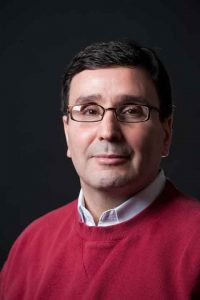 Kamal Youcef-Toumi is a Professor of Mechanical Engineering at MIT. He is Co-Director of the Center for Complex Engineering Systems at King Abdulaziz City for Science and Technology (KACST) Saudi Arabia and MIT, Director of the Ibn Khaldun Fellowship Program for Saudi Women, and Director of the MIT Mechatronics Research Laboratory. His M.S. and Sc.D. degrees are from MIT. Youcef-Toumi’s research has focused primarily on modeling, design, control theory, and their applications to dynamic systems. In particular, he explores the development of control techniques with fast adaptation. Applications have included robotics, automation, metrology, and nanoscale video imaging. He made significant contributions to MIT’s international research and education collaborations, including Qatar, Saudi Arabia, Russia and Singapore. Youcef-Toumi is the recipient of the National Science Foundation Presidential Young Investigator award from President Ronald Reagan. He served on many professional committees and as a consultant for several multinationals. He is an IEEE Senior member and an ASME Fellow. He served as Editor of several symposia/conference proceedings. He authored over 340 publications and holds about 50 registered/pending patents. Professor Youcef-Toumi has been an invited lecturer at over 200 seminars at companies, research centers and universities throughout the world..

Smart connected environments where appropriate information is collected, processed and used for operating and managing assets in an integrated intelligent way. This includes monitoring, diagnosing, predicting and controlling with confidence.  For the purpose of achieving and maintaining high performance system’s operation, appropriate methods and combination of control and system’s intelligence are vital. In particular,  systems and applications of primary focus are those with high speed and real time requirements.

The presentation first emphasizes the importance of computing and its impact in different sectors. Then, it introduces some methods for precise feature detection, action recognition by demonstration, and prediction. They cover frameworks, training predictive algorithms, data-driven models, graph theory in the learning process, loss functions in addition to a general model validation and testing tool. Illustration applications include robotics and selective recycling of cell phones.

Such developments are efforts towards strengthening the link between the digital and the physical worlds. The methods and tools will make modeling, design, control and management of complex, highly integrated systems more efficient and effective.