Sharjah is the third populous and largest emirate in the United Arab Emirates and due to its cultural affiliation the city is visited by millions of tourists. It is the capital city of the Emirates of Sharjah and shares all kinds of political, cultural relationships with the rest of the Emirates. Sharjah sits next to Dubai (the distance around around 10 miles) geographically and can be comfortably considered as its suburbs, as many people work in Dubai and live in Sharjah.

While Dubai is all about flashy tall buildings and shop-till-you-drop malls, neighbouring Sharjah takes a more subtle approach, forgoing glitz to concentrate on culture and history. Some travellers are put off by its conservative reputation (the emirate is ‘dry’; no alcohol is available anywhere), but if you can handle a day or two without a beer, Sharjah is home to some of the best museums and art galleries in the country: the restored Sharjah Heritage Area and the mind-bogglingly vast history of the Mleiha Archaeological Site. This emirate is doing more than anywhere else in the UAE to preserve its heritage – explaining why Unesco declared it Cultural Capital of the Arab World in 1998, recognition reaffirmed in 2014, when it became Capital of Islamic Culture. 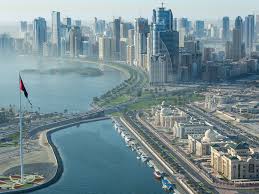 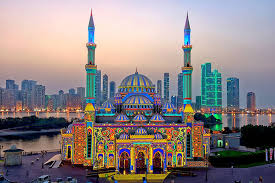 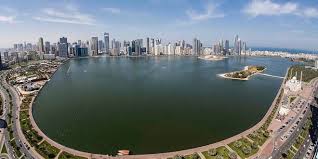